Below is a comprehensive list of common Backgammon terms and phrases. Please read this in conjunction with the full Backgammon rules.

A type of game played when one finds himself so far behind that he must concentrate on getting more men back (usually four or five) and must forget his running game.

When a player has borne off all of his men and the opponent still has at least one or more men stranded in the winner’s home board or on the rail, the victor scores three times the value of the game, or a backgammon.

The space which separates the home board and the outer board, running from one player’s side to the other’s. Sometimes this is a raised partition.

The first point in the player’s outer board, next to the bar, labelled the seven-point in the diagrams.

The final stage of the game, when a player has moved all his men to his home board and begins to remove them according to the rolls of the dice.

In money play a beaver is when a player doubles, and the opposition player believes that he is a favourite holding the cube, he may turn the cube an extra notch as he takes, and keep the cube on his own side. Read more about beavers.

Any point on the board where two or more men rest. An Opponent may not land on such a point.

A defensive game, played when your opponent’s dice have been better than yours, and when he is playing a running game.

A space with only one man on it. A vulnerable situation, for if the opponent makes a throw that lands one or more of his men on the space, the man is sent off the board. The man must then re-enter and begin again.

The term is used in two ways. First, the entire backgammon table is called the board. Secondly, the four divisions within the tables are called outer boards and home boards.

A term used in Chouette. The man who has rolled the highest number is said to sit “in the box.” The other players play against him. Read more about Chouette.

The process of removing a man or men from a point in a side prime or prime.

A term used in Chouette. The player rolling the second highest number and the man who plays the man in the box. Read more about Chouette.

One word used for the discs moved on the board. Not preferred.

A type of backgammon in which more than two people play. One man competes against the others, who constitute a team. One member of the team, representing the others and calling on them for advice, plays against the single man. Read more about Chouette.

A player’s home board having all six points made, so that an opponent’s man on the bar cannot enter.

Bringing a man back into play, after having been hit, or knocked off.

A term used synonymously with “come in”.

The discs used to play the game. This is the preferred term.

A rule invented by the late John Crawford, used in tournaments, under which a player is prevented from offering a double in the first game after his opponent reaches a score one short of the number of points up to which the match is being played. Read more about the Crawford Rule.

The cup used to throw the dice. It should have a small lip on the inside to prevent fixing the dice.

Increasing the stakes of the game to twice their immediately previous size.

A roll of the dice in which both dice show the same number. A player plays each die twice.

A man who sits alone on a point. He is vulnerable to being hit if the opponent lands on the same point.

When a player has borne off all his men and the opponent still has not borne off any, the victor scores twice the value of the game, or a gammon.

Landing on a blot, and subsequently sending the man off the board.

A player’s own one-through six-points.

The same as above; however, not the preferred term today.

The same; however, not the preferred term today.

The same; however, not the preferred term today.

An optional rule, invented by Oswald Jacoby, under which a gammon cannot be won unless at least one double (not an automatic) has been accepted. Read more about the Jacoby Rule.

The opening 6/5 move in which a player moves one man eleven points.

Moving two men on to a vacant point, or one man on to the player’s own blot; the opponent cannot then land on that point.

A game which has turned into a pure running game with no (or little) element of skill.

Where a man is sent when he is hit, or knocked off.

A player’s bar through twelve-points.

The same as above; however, not the preferred term today.

A term used in place of ‘points’ when discussing how far one man is from another, or how far one player is ahead of another, etc.

A term used in two ways. First, each of the long, triangular shapes on the board are called points. There are twelve of these on each side of the board. Second, any of the above-defined points on which two or more men of one colour rest. If two or more men are on one point, a player may move more of his own men to that point. However, the opponent may not move onto any point so occupied.

Six successive or adjacent points anywhere on the board, occupied by points of one player.

A word used synonymously with “off the board”.

The offensive backgammon game, a tactic utilised by the man who has thrown the best dice. Read more about the running game.

Landing a second man on a blot, thus making a point.

An opportunity to hit a blot or to achieve some other object by getting a certain throw.

A defensive strategy leading to playing a back game. 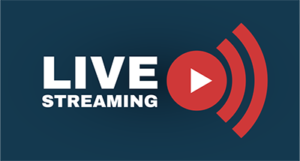